“In a world of plenty, hunger kills over 2.1 million people each year at a minimum. This is one of the ways in which poverty kills, and it is faced by billions of ordinary people all over the world each day. In every country, the poorest people live shorter lives and face earlier deaths than those who are not poor.” (Inequality Kills, Oxfam, 2022)

This certainly applies to the United States, where more than 38 million people (including 12 million children) are food insecure.

In Chelsea, in the heart of Manhattan, Benchmark client Xavier Mission is doing something about it. Serving the community since 1983, Xavier Mission now operates five programs – including the Welcome Table soup kitchen and Customer-Choice food pantry – that provide a continuum of services to those facing difficult times.

They prefer the term “for-impact” rather than “non-profit” because they “would rather be defined by what we do, than what we don’t do.”

During Asian Pacific American Heritage Month, Xavier Mission quoted internationally-renowned Filipino American farmworker organizer Larry Itliong on its social media: “The Constitution said that everybody has equal rights and justice. You have to make that come about. They are not going to give it to you.” 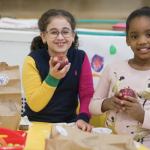 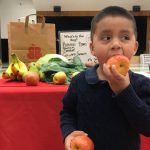 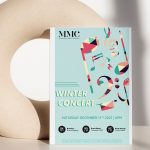