“There’s a tree that grows in Brooklyn. Some people call it the Tree of Heaven. No matter where its seed falls, it makes a tree which struggles to reach the sky. It grows in boarded-up lots and out of neglected rubbish heaps. It grows up out of cellar gratings. It is the only tree that grows out of cement. It grows lushly . . .

The Brooklyn Botanic Garden (BBG) has printed with Benchmark since 2003. Neighboring Prospect Park and Grand Army Plaza, this public garden is more than green space – it is a demonstration of the best of urban gardening and horticultural display.

BBG is brimming with greenery, and also history. In 1897, as buildings and paved roads covered more and more of NYC, the State of New York reserved land for a botanic garden. BBG officially opened in 1911. In 1925, BBG’s Shakespeare Garden opened. In the course of Shakespeare’s works, he mentions 175 plants. As the Bard writes in Troilus and Cressida, “One touch of nature makes the whole world kin.”

In the 1930s, Works Progress Administration workers performed some of the labor on the original Herb Garden and Osborne Garden. In the Japanese Hill-and-Pond Garden, you can find a shogun lantern that was once dedicated to Japan’s emperor. Tokyo presented the lantern to NYC in 1980 to commemorate 20 years as sister cities. The sister cities’ legacy also carries on with BBG’s celebration of Japanese culture and horticulture every spring during cherry blossom season. The Garden’s flowering cherry tree collection is one of the oldest and most diverse in North America.

BBG’s work is consistent with the Sustainable Development Goal 15, Life on Land: “Protect, restore and promote sustainable use of terrestrial ecosystems, sustainably manage forests, combat desertification, and halt and reverse land degradation and halt biodiversity loss.” For example, they have a Water Conservation Project: “With the opening of the newly renovated Plant Family Collection, water is able to circulate from Japanese Hill-and-Pond Garden through Belle’s Brook, into the Water Garden and back, dramatically reducing freshwater consumption.”

In printing, BBG’s logo shows a lively plant blooming in orange, green and blue. We use the Pantone Matching System to match the colors precisely, on their letterheads, business cards, envelopes, and note sheets. 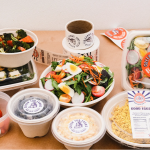 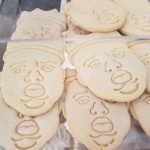 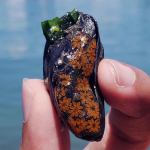